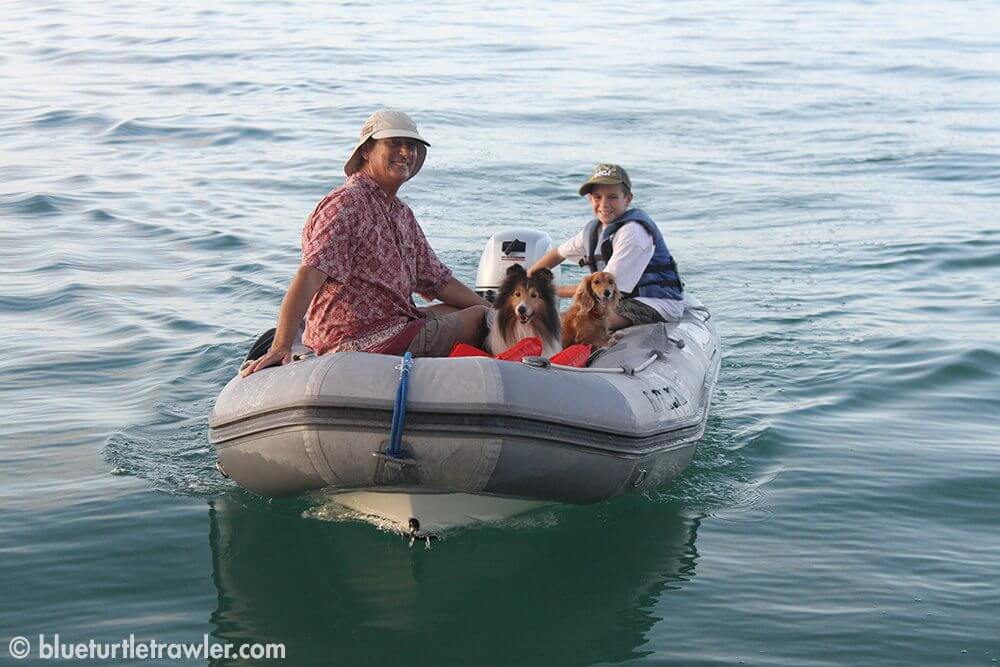 A couple weeks ago, good friends Tim and Joan headed off to the Florida Keys and arrived in Marathon. They invited us to come down a week after arrival to stay on their 40′ Beneteau sailboat, Head Over Keels, for the weekend. Randy, Corey, Sophie and I headed to Sombrero Marina in Marathon where they’re staying for a month before heading out to somewhere new.

Driving to Marathon from Fort Myers Beach took us about 4 hours so we arrived on Friday afternoon and left on Sunday, about noon. It was a very quick trip but we had a blast. Since Tim and Joan were relatively new to cruising around Marathon, we thought we would take them out to Sombreo Reef to go snorkeling. Randy and I have been down to Marathon many times on my parent’s previous boat, Island Time, a 37′ Carver Voyager. We would dive, snorkel and catch lobster every day for 2 weeks straight. We wanted to show Tim and Joan a favorite spot to go snorkeling. Sombrero Reef is just 3 miles out from shore and when we left the dock Saturday morning, the wind was perfect for sailing. Once outside the channel and away from shore, we put the sails up. Joan showed Corey how to do this on a larger boat since most of Corey’s sailing experience has been on smaller, simpler boats. I think was my favorite part of the weekend since Randy and I have never been sailing on a boat this size.  After we sailed out to the reef, we tied up to a mooring ball and began to snorkel.

Once we were done snorkeling, we headed back into shore but instead of going back to the docks, we anchored out just off the 7 Mile Bridge on the Atlantic side. The weather was gorgeous that day and the breeze was perfect for sleeping under the hatches. The next morning, we took the dogs into shore and then pulled up the anchor to head back to Sombrero Marina. The trip was entirely too short and we are hoping to get back down there for a longer stretch.

More photos from the weekend