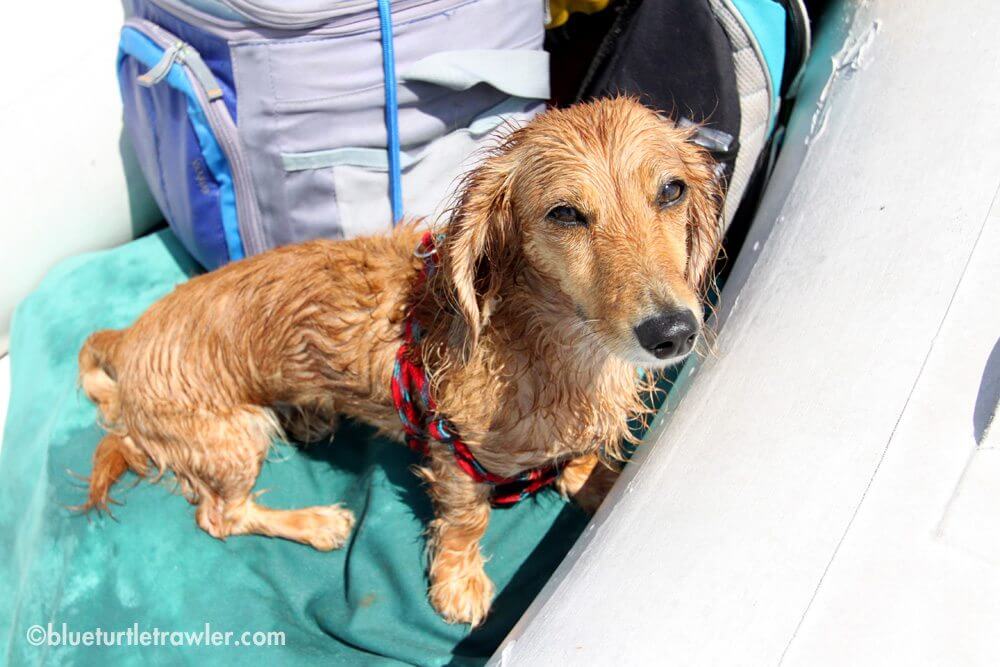 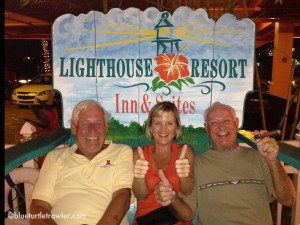 Not a whole lot happened this weekend since the weather forecast was for rain all weekend…we never did get any rain, but we did manage to have a great time. Friday evening, Randy’s dad came out to stay since they were working on a couple small projects on Saturday. Since his dad was down here, we decided to go out on the town. One of our marina neighbors, Howard from Restless, came along as well. We hit a few places including La Olas, Top O’ Mast and the Lighthouse for karaoke. It ended up being a late night for us (getting home around 11:30-midnight).

On Saturday, Randy and his father replaced a macerator pump…fun, fun! Randy’s friend from work called and was visiting his father on our coast. They were lunching at Bayfront Bistro, so we went up there and had a couple of drinks. After lunch, we went down to Blue Turtle to give them a tour and have a couple of beers. We had a great time with everyone including our neighbor, Tim, who stopped by. Later that evening, Randy ad I hit the beach with his friend Michael and his lady for a late dinner at the Beached Whale and a drink at The Cottage.

Sunday, we had planned to get Corey around 1pm and pile into the dingy and head for Doggie Beach by New Pass to meet Tom and Mary Kay, Maddie and Sarah (Mary Kay’s visiting niece). We were too loaded down to get the dinghy up on plane and since New Pass is quite a ways from us and it was later in the day, we decided to just stop at Big Carlos Pass instead. We still had a great time and watched Corey and Sophie boogie board and and relaxed with a couple of drinks. Not a bad way to spend a weekend of supposedly “bad weather”.

1 thought on “Weekend in pictures”