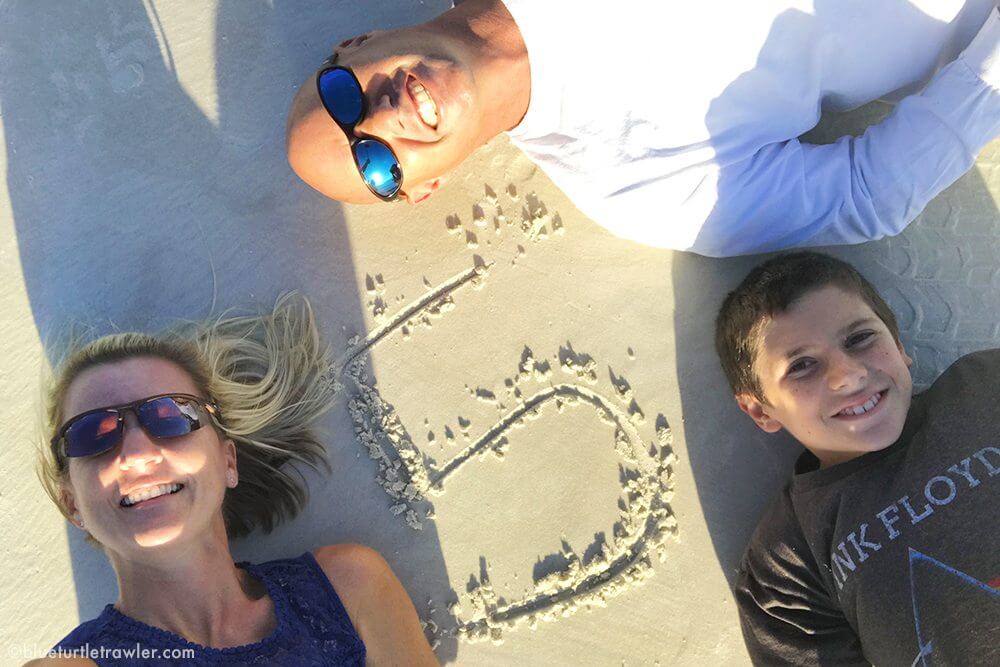 This May marks our 5th year anniversary of living aboard Blue Turtle. Hard to believe that 5 years ago Randy and I brought Blue Turtle home and moved aboard to live full time.  We were complete noobs and had no idea what we were in for. Everything was a learning process. We joke about the fact that we were into our second year when we took the boat out for the weekend to anchor and returned to the marina cheering that nothing broke on the boat while we were out. Those first couple of years were a little stressful while we continually worked on Blue Turtle to get her into live aboard shape all while learning the ropes of cruising and maintaining our trawler and its systems. We got into our groove at the end of our second year when we made our first big trip to the Dry Tortugas. We had a fuel issue on the way there that might have ruined the whole trip but Randy had learned enough about the engine and how to fix it that we were up and running the next morning. The trip was amazing and it really boosted our confidence that we could go anywhere. Projects continued in the third and fourth year and Blue Turtle just became better and better with each year as we took our second and third trips to the Dry Tortugas and Keys.

We’re five years into it and Blue Turtle is just the way we want her. Sure, there’s always things to fix and replace but she’s outfitted and comfortable for us. She’s been a great live aboard boat so far and has brought us many amazing memories. Most of these amazing memories never would have happened if we lived on land in a house. We would have missed all those wonderful trips on Blue Turtle and wouldn’t have met so many great folks that we’ve had the opportunity to get to know. We also probably wouldn’t be as close of a family because living aboard a boat that is less than 300 square feet really makes you get to know each other and get along at times when it may be difficult. Living aboard has given us so much opportunity to lead a more fulfilling life. We’ve learned so much in the last 5 years about the mechanics of living on a boat but also about our chosen lifestyle. So, without further adieu, here are our 5 year observations and reflections about living aboard and cruising.

Observations and reflections on living aboard a boat

Thank you readers for following us this far. It’s been wonderful to document our adventure of living aboard and cruising and we look forward to many years of this spectacular lifestyle that we are so lucky to enjoy.

9 thoughts on “Celebrating 5 years living aboard – reflections and observations”