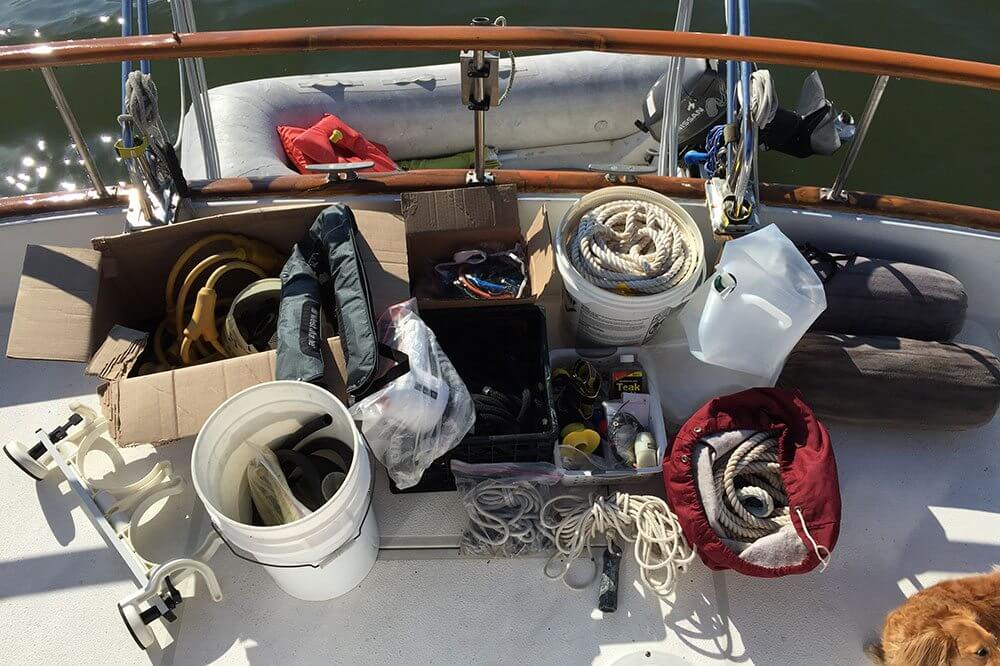 A couple weekends ago, Randy and I visited my parents’ new home to see the progress they were making on renovating it. As you may recall, my folks had been live aboards for several years and actually completed the Great Loop last year.  When they returned home they announced—much to our surprise—that they were selling their trawler and buying a house. They had completed their dream of living aboard and cruising the Great Loop and were now ready to start the next chapter of their life as landlubbers.

While we were visiting, they mentioned that they had some things to give us in the garage. They had a ton of boating items that they had kept and no longer needed. My parents’ boat was loaded with spare parts and duplicate gear—they were more prepared than the average boyscout. Needless to say, Randy and I hit the jackpot and acquired a ton of gear that we either needed at the moment or can use for spare parts and gear in the future.

This was all in addition to a whole bunch of other gear they gave us off their boat when they were still in the marina. We owe a HUGE thanks to them for everything they have given us as well as their guidance and knowledge about living aboard. Thanks Mom and Dad, we love you!